Yes, finally the time had come when my counter pressure bottle filler came in, how exciting! This excitement lasted until I actually used it for the first time.. All i can say is wow... No, no, not wow but (expletive deleted.) I was not prepared for what ensued; a Bloody Mess of which I will never forget.

I kegged and carbonated a black raspberry ﻿﻿
wine to 55 psi to get the effect of a sparkling wine. It was recommended to me I set the psi to 20 when I go and bottle. I realized that 10-20 psi is also acceptable. I thought I had read the instructions but the first bottle I did- I filled the bottle,  opened the relief valve to release excess CO2, removed the filler from the bottle and- pop, splash,  fizz followed by eruption! I was COVERED in delicious black raspberry wine; as was the surrounding area including the ceiling! I was also surprised how hard it was to hold down the bottle filler as not to allow gas to escape which makes the wine inside the bottle instantly fizzy.

Practice Makes Perfect
But Now?  After a little practice I got it down! Just last night I bottled sparkling pear and I could've done it in a brand new $500 three-piece suit because I did not lose a drop!

3. Release excess gas from the keg and connect all the necessary tubing.
4. Set regulator to 15 psi or so
5. Place bottle filler in bottle and firmly hold it down
6. Allow CO2 to flow into the bottle, and open relief valve to push out the O2.
7. Turn lever over to the wine side and allow wine to flow into the bottle. Flow may be slow, so unscrew relief valve a bit more to allow wine to flow a bit faster.
8. Once the bottle is full and some wine comes out of the relief valve,  stop flow, unscrew relief valve until the pressure gauge on the filler reaches zero, remove filler and cap it. Voila!
I will add to this as I discover little tips and tricks to get the most out of the filler.


Note: maybe keg and sparkle some water to practice on before show time with a wine you care about.

Make It Fizz! By: Jeff Shoemaker  This article originally appeared in the  Jun/Jul 2019 issue of Winemaker Magazine    Making ... 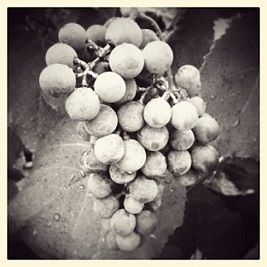